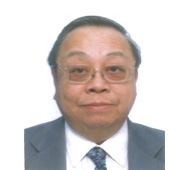 Ir. C.K. Tsang is an engineer by profession. After graduating from the University of Hong Kong with a degree in Electrical Engineering, he joined an engineering contracting company. Over the years, he worked his way up to become the CEO of a large company, with projects spanning Hong Kong, Macau and mainland China. He has obtained a number of professional qualifications, including: Fellow of the Hong Kong Institution of Engineers, Fellow of the Institute of Engineering & Technology, U.K., member of the Institute of Electrical & Electronics Engineers, U.S.A., and member of the Illuminating Engineers in North America. Ir. Tsang has been responsible for many prestigious projects throughout his career, including the development of the various MTRC and KCRC lines, as well as both the old Kai Tak airport and the new Chek Lap Kok airport. In addition, he has been behind the construction of large office buildings and hotels in Hong Kong, Macau and many cities in Mainland China and the many housing developments of the Hong Kong government and the private sector. He has been a vocal leader acting on behalf of the engineering industry, championing the rights of the industry. He is currently the Chairman of the Federation of E&M Contractor Association and has been appointed into many different government committees relating to the construction industry over the last 25 years. Ir. Tsang is an active Rotarian and a former president of the organization. He has devoted a great deal of time to the development of youth, and has contributed to HKU as a guest lecturer, in addition to establishing the mentorship scheme some 10 years ago. He has been a member of the board of directors of Ying Wa College for over 20 years, and has also been a board member of Ying Wa Primary School. In addition, he is currently the President of the Ying Wa College Old Boy's Association.